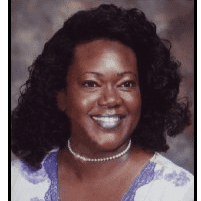 Both acute and chronic bronchitis can cause unpleasant, lingering symptoms. If you have a cough that won’t seem to go away or have been having bouts of coughing, fatigue, and shortness of breath for years, visit Ulin Sergeant, MD, MPH, today. Call Monrovia Internal Medicine & Primary Care at their office in Duarte, California, today, or make an appointment online.

Bronchitis is an inflammation of the bronchial tubes, which carry air to and from your lungs. Bronchitis may be chronic or acute. Acute bronchitis often develops after a cold or other respiratory infection, while the more serious chronic bronchitis is a constant irritation of the bronchial tubes, usually due to smoking. Acute bronchitis often passes within a week to 10 days, but can cause a cough that lasts months. Chronic bronchitis can cause repeated bouts of the disease and requires medical attention before it develops into a more dangerous condition, such as chronic obstructive pulmonary disease (COPD).

What are the symptoms of bronchitis?

Some of the common signs and symptoms of both acute and chronic bronchitis include:

Acute bronchitis symptoms may occur simultaneously or slightly after cold symptoms, like a mild headache, which will fade within a matter of days. The cough, however, can last for months.

Chronic bronchitis is defined as a persistent cough lasting more than three months, or repeated bouts of bronchitis for at least two years.

How do you diagnose bronchitis?

It may be difficult for you to discern the difference between cold symptoms and bronchitis. Dr. Sergeant can use a stethoscope during your physical to determine if your airways are swelling. In some cases, a chest X-ray can be performed, as can certain tests on your mucus.

How do you treat bronchitis?

Many cases of acute bronchitis will pass on their own without intervention, but sometimes the symptoms can be relieved with medication. Most cases of bronchitis are viral infections, so antibiotics are not usually prescribed. However, sometimes they can be used if there is a chance that bacterial infection is to blame.

Cough medicines can be prescribed, especially to help you sleep, and inhalers, steroids, and other medications can be used to reduce inflammation in your airways.

If you or someone in your family are showing signs of bronchitis, call Monrovia Internal Medicine & Primary Care immediately, or make an appointment online.

Some Conditions We Treat